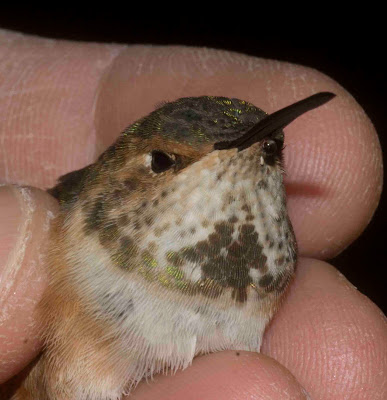 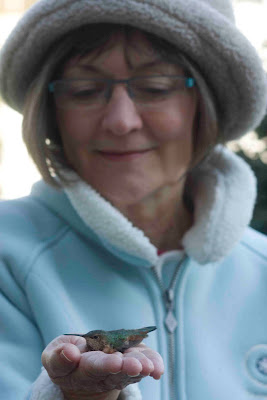 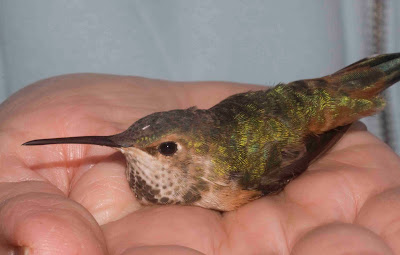 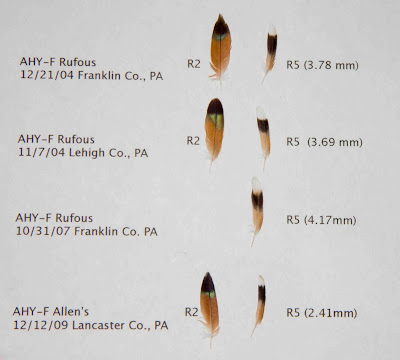 From banding and observation data, it appears most of the western hummingbirds coming through the East in fall and early winter eventually migrate to the Gulf coast region, where they overwinter. By banding this Allen's, she becomes part of a continental effort to track the evolution of a new migratory route and wintering area for this and several other species of hummingbirds.
Posted by Scott Weidensaul at 2:33 PM 43 comments:
Labels: Allen's hummingbird, banding
Newer Posts Older Posts Home
Subscribe to: Posts (Atom)